You are here: Home / Sellers / Pets and Real Estate 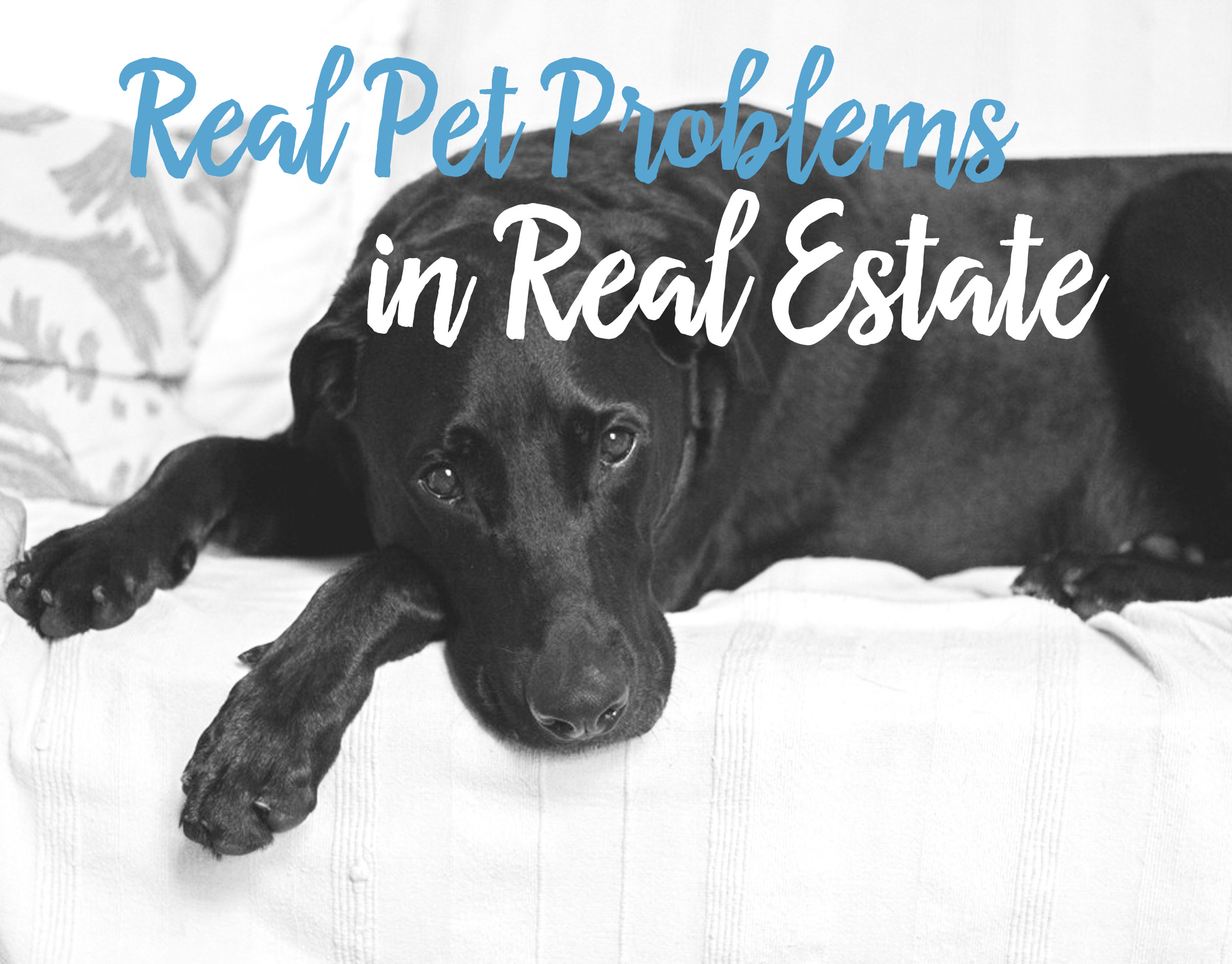 You’ve got a house to sell. You’ve got inside pets. You’ve got a problem. I understand you’re dilemma; I’m a pet lover too. I have something that I need to tell you. It’s something that your friends won’t tell you, but you need to hear it. Ready? Ok, here goes: your house has pet odor. Deny it all you want. It’s a smell that you are probably used to, but trust me, there is an odor. Sometimes, pets and real estate don’t mix. At best your pet may distract your potential buyer. At worst, it may turn them off on your house completely.

When I was a brand new baby Realtor I went to preview a house with my sales manager. We called for an appointment but no one was home, so as agreed, we let ourselves in to check out the house before bringing over a potential buyer. As I was trying to find the light switch, my associate stepped into the hallway. That wasn’t all he stepped into. It seems that the owners had a cat who apparently couldn’t find the litter box. Being a new agent, I was eager to help my sales manger with this problem. I went on ahead of him into the bathroom, turned on the light and raised the commode lid while he removed the “offense” from his shoe with a tissue. With a flip of his wrist he tossed the tissue toward the commode, but he missed and it hit me in the leg. Yuk! I had to go home and change pants but I smelled that stuff the rest of the day.  What if that would have happened to a potential buyer?

There was another time when I listed a house where a vicious dachshund stayed inside. He too had a problem knowing where to do his business and as added attraction he would follow potential buyers and bark the entire time we were trying to show the home. It’s a little hard to carry on a conversation over a barking dog while trying to watch your step.

Not every buyer is offended by inside dogs. I once had a listing that was owned by dog trainers who kept three Shelties in the house. When consulting with the owners, we decided that the home might show best if it were vacant. After the owners moved, the smell remained. I did everything I could to get that smell out of the house. I cleaned the carpets, I used Lysol, I baked cookies. Finally I got a chemical from a local store that promised to remove the smell. It did not remove it completely but kind of gave it a “fruity dog” smell. Well, there’s a house for everyone and the home did eventually go under contract. The buyer’s agent told me that the buyers were not bothered by the smell, in fact she heard the woman say, “oh, I like this poop-pourri!”